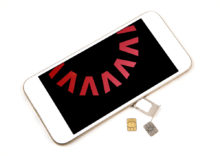 Few commercial relationships are as complex as the one between MVNO and MNO.   Is it a Partner or competitor?  A friend or a foe?  An accelerator or a millstone?  In fact, it is often all of these things at the same time, depending on how and when you look at it; making it the Schrödinger’s Cat of the Mobile Universe.  And it is these inherent contradictions that propel the MNO and the MVNO through the normal relationship lifecycle at bewildering speed.  From first meeting to signed deal may involve a long gestation, but from that point onwards nothing ever stays the same and the “honeymoon period” is usually particularly short.  What follows is the difficult stage, often with failings on both sides, when the relationship can be tested to breaking point.