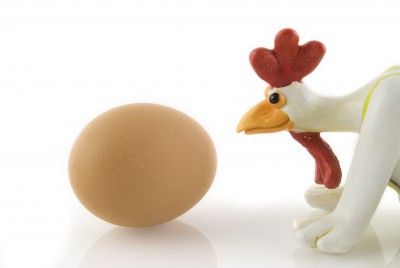 Is there such a thing as a totally new idea, or is everything a “better” way of doing what you already do?

When you strip it back to basics, technology gives us a faster, better quality, more fun way of doing something that we already do. Take flying for example, people always travelled and taking a plane enables them to their destination faster.

I was musing on this hypothesis during a Mobile Data Association / ICT KTN event and a number of salient points came up:

A recent survey by Deloitte asked UK users “What is the killer app for 4G?” They all said that it would improve what they already do – with watching video ranking as the obvious highest answer.

We should not be technology-led, but user-led – right? The user need must come before the technology solution… I suggest not always – if you put the technology out there, without being too prescriptive, people will show you what they use it for. That is being user-led too.

SMS – perfect case in point; Twitter, created as an internal tool is now used for all sorts of things: a better way for celebs to create relationships with their fans; a faster and personalised news channel; a fast and cheap way to market an event … the list goes on.

And now, the buzz is wearable technology. Technologists will tell you that microprocessors have been embedded in rings for decades. So they cry – “Google glass – what are the user cases?” Why do I want to see augmented reality as I am walking down the road? How will it make my life better?

And what about smart watches? As one of the speakers from Quocirca pointed out, it can’t just be a smaller screen version of what I already have… so let’s think about the practicalities of screen size – and of being able to get information by looking at your wrist rather than getting your phone out. So it smacks of convenience and I for one, do not use my phone on the street any more, since my brand new Samsung was taken out of my hand. So will it be good for notifications? Reminders? Delays on your train / next train leaving in 5 mins? A new Email from someone important? Is a watch face big enough to see photographs? Weather warnings – expect a downpour in 5 minutes, special offers from retail you are walking past, oh and games of course…well we had those in the 1980s….

Martin Garner of CCS Insight gave us a great statement based on their Mobile Internet User Report research they carried out “People grow in to their smartphones” – so they have shown that before buying a smartphone people don’t have a full idea of what they’ll do with it– within the first 18 months, their usage grows as they discover more they can do with it. Exactly my point.

With multiple connected devices, behaviour is changing and expectations are rising; in the morning, the mobile phone is predominant as people travel to work; during the day it is the laptop and at evening, the tablet.

So here it is – technology advances – we have multiple devices and our behaviour is changing – so what opportunities are created by this? People are showing us what they are doing with new technology…so we backtrack and now can work out ways to proliferate …

Another great concept was introduced, this time by CSS Insight: “Appification” early indications that users are now expecting an App to be supplied with a purchase. It is now assumed that most people have a smartphone and digital natives that have grown up with a smartphone are now moving in to senior jobs – so their first thought will be to create an app for a loyalty scheme, expenses systems and so on – it is a natural way for them to think. So we are hitting a tipping point? Will we have an App for everything? There was also the suggestion that users are starting to expect when they buy things that they come with an app.

So here’s where I end up: People are showing us how they are using technology. We have to put it out there in order to see what people will do with it. The trick is in getting close enough to users to identify changes in behaviour that give us, as innovators, the clues on what we should do next.