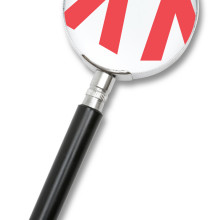 It’s time for the customary Azenby annual review of all things good and the not so good in our mobile world. So where to start? February and MWC19 seems like a good place. I know, that misses out January, but who cares? Depressingly horrible month, January. Get rid of it from the Calendar.

MWC 19 was, inevitably, all about 5G and for sure 5G hype is 5x all previous release hype! More on that later. We also talked a lot about AI, VR, IoT and of course Intelligent Connectivity in between the buffering and the call drops. Amongst all the chatter and the vendor presentations we are still searching for business cases but perhaps the mobile industry, that so often ploughs its own furrow, is a trend setter in this regard too. Yah Boo sucks to business cases, just get it out there. Those with better memories than I will recall the much-heralded launch of the foldable device from Samsung. A bit later than we were led to believe at MWC, it was finally launched in the late summer and Huawei followed on quickly, as they do, with their own version a couple of months later. You never know, you might find one in your Christmas stocking this year, but don’t bet on it and don’t, whatever you do, fold it.

We mentioned in our review of MWC 2019 that Huawei came out all guns blazing defending security concerns about their equipment. Since then, one would have to say it’s not panned out to be a good year for the omnipresent Chinese manufacturer. Depending on your point of view, Huawei are either a chess piece in larger trade-deal talks, or there are real and genuine concerns about ‘back-doors’ and ’kill switches’ in their deployments. What is not in doubt is that the USA did put Huawei telecoms equipment on a blacklist and the impact was immediate and severe. The USA then exerted pressure on its allies to do the same and the “No Entry” signs were going up all over the world for Huawei. Meng Wanzhou, Huawei’s Chief Financial Officer and founder Ren Zhengfei’s daughter, has been under house arrest in Canada at the behest of the USA for over one year awaiting extradition to the USA to face charges related to conspiracy to commit bank and wire fraud in relation to skirting USA sanctions on Iran. . One wonders what the reaction in the West would be to the CFO of say, Cisco or Google being held under house arrest for one year in Shenzhen with an ankle monitor attached. These are the times we live in.

At Azenby we have been thinking about the longer-term consequences of Huawei being on the trade blacklist and we can see a scenario playing out that may not be in the best interests of the USA. Deprived of US chip-sets and components and being given very restricted access to the Android OS, Huawei have no option but to now develop and build their own home made technology and OS and become more self-sufficient . Potentially a big export market for US component manufacturers dries up, followed by equipment and device sales for OEMS. Worse still Huawei devices will come with their own OS and their own App eco-system. This might not have a big impact in the West, but it could be massive in Asia and Africa and overtake Google Play Store and the Apple App Store in those markets. It could also herald the arrival of much lower cost smartphones flooding the Western markets. It could be a case of the USA needing to beware of the unintended consequences of trade embargos.

On a bright note, mobile operators backed the GSMA initiative to lower the carbon footprint of their networks and their businesses. Climate Change can’t be ignored. Then almost immediately the industry was in trouble for cheap labour and dangerous working practices used to mine those vital and rare precious metals needed to make our smartphones. We know there’s gold in them there phones but there are also 16 of the most rare and precious metals as well. Maybe we have further to go on sustainability then we thought.

We all like a good wedding and the long engagement between Sprint and T-Mobile US seemed to be finally heading down the altar only for numerous States to raise their own objections and put the merger back on the long and winding legal road. Still, Vodafone and CityFibre who were almost in bed before gooseberry Corbyn decided to give everyone in the UK free fibre and their courtship went on hold. The good news is that we will all have to pay for our broadband! (as Labour lost at the polls) and Vodafone and CityFibre are back in the sack. Well, almost. This does herald another significant sea change that 2019 has brought about. Wireless, be it macro cellular or fixed wireless access, and fibre in the ground, are becoming integral not only to the delivery of true broadband to the business premises and to the home (if you live in a city) but also in the backhaul for mobile networks. So, are we really on the verge of fixed mobile convergence? It’s been a long time coming!

In Germany, the 5G mobile spectrum auctions ended in the eye watering license cost of €6.5bn from four operators. Despite legal challenges beforehand and cries of disaster afterwards, we see that spectrum, albeit mindbogglingly expensive, is still the lifeblood for MNOs and a barrier to entry for new players, both of which seem to us to be not so good for the mobile market, operators, competition and the prices we pay as consumers for mobile services. None of this is new of course, ever since four operators paid £22.5 billion (€ 36.9 billion) for 3G spectrum in 2000 in the UK, MNOs and the wider mobile eco-system have had to bear the costs for spectrum dictated by regulators and Treasuries all over the world. Now, what was I saying about business cases? The German blueprint is proving to be very familiar in many other countries as well with Operators crying foul but still writing the cheques. 5G does not come cheap, even before investing in the networks.

A contributing factor is of course that radio spectrum that is fit for purpose for mobile communications is even scarcer than some of those precious metals in our devices. In fact, a lot of it is not exactly prime spectrum for cellular purposes but it is still commanding top prices. As we have more frequency bands in use, the need for MNOs to step up their surveillance of their spectrum is becoming ever more challenging. Add to that the advent of cheap SDR radios as new and potentially very annoying interference sources and the deregulation of local enhancers, it seems operators will have their work cut out in the next decade to ensure the integrity of their very expensive asset and to prevent illicit use of it. At Azenby, we think the management of spectrum will become a major focus of attention in the next decade.

Going back to the to the 5G hype. It has been sort of launched and if you can afford a $1,000 device you too can experience super-fast download speeds in some parts of the world. Countries that worked together like South Korea and China, where collaborative joint launches were held, seemed to be first to make the 5G claim. It’s hard to get a real count of the number of live 5G networks worldwide but it looks to be in the order of 80 operators claiming a 3GPP compliant release. We don’t want to be party poopers at Azenby, especially at this is the time of goodwill to all, but we can’t help feeling that real 5G comes only when R16 is with us and that looks like something for us to talk about in our 2020 year-end report.

We wanted to finish on a few things we didn’t see in 2019. Improved network and access security for one. It seems we need endless patience here! Blockchain remains in the shadows in more than one way. Making the internet care more about our privacy still seems to be an aspiration rather than a reality. The end of fake news. There are some things we would certainly like to see our industry tackle head-on in 2020.

Whatever your business goal and drivers for 2020, we wish you all the best and success after success in your ventures and if we can help you navigate your way to increased revenues in 2020, then we would love to hear from you. Why not get in touch.