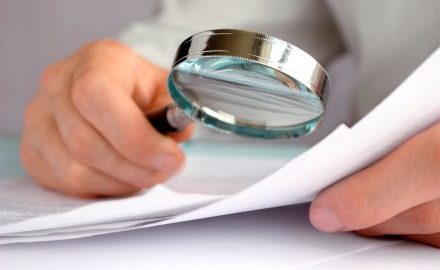 Life was fraught with unexpected dangers if you were a member of the American elite in the 18th and 19th century, which must have been very frustrating. The bounty of plenty combined with industrial practices had made a cadre of middle class elites as wealthy as kings of former periods (sorry for the sexism, but these were mostly men). It was just a real irritation (and a shocking loss to society at large) that an otherwise comfortable life was punctuated regularly by duels. For example, in the period between 1798 and 1861 the US Navy lost two-thirds as many officers to duelling as it did in combat at sea, including naval hero Stephen Decatur!(1)

Some 400 years earlier Johannes Gutenberg (2) had super accelerated the Renaissance with the invention of movable type and creation of the book and publishing. The sharing of knowledge and learning came with the unfortunate side effect of the easy dissemination of slander, deformation of character, writings of hate – which led to so many duels. The most famous duel was between Burr-Hamilton in 1804. If Wikipedia doesn’t provide sufficient information I refer you to the musical (3), but in a period of less than 10 year’s Hamilton alone was engaged in more than a dozen affairs of honour – with great statesmen, lawyers, soldiers and diplomats. At last the laws of publishing encoding copyright and libel became manifest. Structure and legal redress in the courts became normal.

With a new technology, the internet, a new set of unintended consequences have appeared as a canker around the greater good of ubiquitous, open and instant information publication and retrieval. The internet must be applauded for enabling a Somalian student in a refugee camp the same access to mathematics lessons as a GCSE student at Eton (although we’re not for a minute so naive as to expect that to balance up the deficit of silver spoons anytime soon), or allowing citizens of the world to see countries of questionable democracy building nuclear missile sites(4). However it remains the task of society, using the rule of law to make the most of these benefits while minimizing downsides, whether those downsides be trolling, the dark web, sex trafficking etc.

We might take 1986 as the start of the internet. One major legal definition that has defined the internet as we experience it today is the 1996 section 230 ruling (5), defining the tech giants as platforms not publishers. So the internet regulators of the day took a conscious decision to protect internet platform operators from litigation by providing immunity to online platforms from civil liability based on third-party content. Perhaps therefore  September 8th 2021, 35 years after inception will be seen as a momentous day when lawmakers started to balance the value of the internet, yet address some of the nastier unintended consequences. According to the Registrar (6);

“Australia’s High Court has ruled that companies running Facebook pages can be held liable for user comments on them, a ruling with severe consequences for any business with a presence on the Mark Zuckerberg-owned platform. In a case brought against a handful of news media publishers Down Under, Dylan Voller convinced judges that the publishers ought to be held liable for comments posted by the general public on their Facebook posts.”

During this next decade, and despite the considerable efforts of tech giants like Facebook to exert influence on lawmakers (7) it’s seems certain that the content and platform companies will be judged more as publishers – the direction of governance will only travel in one direction and perhaps Mr Zukerberg and his cohort, by unintended ways will have ‘the power to build community and bring the world together’

At one level we can’t blame Mark, Facebook and the other leaders of  internet giants for not embracing greater legislation. What billionaire CEO, with $69Billion dollars profit in 2020 would embrace legislature that might spoil the golden egg?

Perhaps the real force for change will come from the likes of Vanguard and the Sovereign Wealth funds. After all every puppet has a puppet master. Personally we adore The Government of Norway Pension fund (8); ith a quiet determination – this one institution which owns, 1.5% of the worlds equity ($1.3Trillion dollars in assets, plus or minus a bob or two), elects to invest in carbon neutral strategies and decides not to support cigarette manufactures or arms dealers. Bravo!

The terrifying comparative example Facebook must address since the 8th September is retrospective legal fines and damages that have bankrupted giant Pharma(9). Purdue, the OxyContin maker whose products is cited for the death of half a million Americans in the last 20 years and the Sackler family are pariah’s. As an ultra long term shareholder of an internet stock, as the pension companies are, the smart, quiet, hidden men and women are no doubt already changing policy in boardroom.

Even so despite some of the darker sides to today’s internet, we believe it’s benefit extraordinarily outweighs the unintended consequences and even more so in the future if as we predict redress is sought and paid to those who have been unfairly adversely affected by defamation or hate. As an everyman what can we do in this process of bringing accountability for the content that is authored and published on the main tech platforms?

Our industry is in our hands.

At Azenby we have practical experience implementing technologies and policy across a range of the issues that are covered in this article. Check us out on a cookie free web browser!